What countries has Anna Bey lived in?

It’s no secret that Anna Bey is a well-traveled and experienced jet-setter. Her elegant, luxurious and sophisticated travels around the world have truly gained her so much experience. From self-improvement to learning how to navigate international elite social scenes, Anna has truly experienced it all.

But which countries has Anna actually lived in? This is everything you need to know about all the places Anna has previously called home…

The first country Anna lived in was her home country, Sweden. She was born-and-raised in the remote suburbs of Stockholm. Her house was near a farm, so she grew up being very connected to nature and animals – something she has reconnected with in her adult life. Her strict and conservative upbringing meant Anna was itching to travel and explore in her teenage years.

As soon as Anna turned 18, she left Stockholm to go to the historically-rich and elegant capital of Italy. She moved to Italy to study Italian as part of her gap year. In Rome, Anna had her first introduction to high-society through a young Italian gentleman. It was there that she had her first taste of luxury and elite living.

After Rome, Anna moved to the sunny island of Ibiza to continue her adventures. This island is known as a jet-set hotspot with plenty of luxury nightlife. She first worked as an animator in a hotel, and then as a go-go dancer for Ibiza’s hottest nightclub Amnesia.

Malta was Anna’s next stop after Ibiza. She moved there with her boyfriend at the time, a popular Maltese DJ. Anna continued her adventures and quickly made it into the local affluent and elite social circuit. After her stay in Malta, Anna temporarily moved back to Stockholm to advance her studies and realign her goals.

Anna embarked on a tour around South America, starting in the Central American country of El Salvador. She stayed with a friend who was from an affluent local family, and was able to tap into the local high society. After some time, she moved on to Honduras, Nicaragua, Costa Rica, Panama and Columbia. She ended her trip by spending three months in Columbia learning Latin Dance and immersing herself in new cultural experiences.

Asia was another one of Anna’s temporary homes. She traveled there as part of a spiritual journey to reconnect with her goals. It was a short journey and a detour from her elegant and sophisticated London life at the time.

Anna settled in London for several years. She initially moved there as she got an offer to work as a marketer for an online gambling company. London was a major life chapter for Anna, as she worked a lot on self-development, transforming her elegant style and personal brand. Anna truly improved her lifestyle in London, experiencing luxury and elegance in every sense.

Geneva is Anna’s current home. She has been based there for several years with her husband, who she met in London. Though Anna’s home base is in Geneva, she still continues to live a life of luxury jet-set travel and elegant exploration.

“10 Brutal Mistakes That Show You’re Not Elegant – And How To Fix Them!”

Join this brand new – For a limited time only! – workshop by visiting

https://10elegancemistakes.com to claim your spot!

Hurry up to register before doors close! 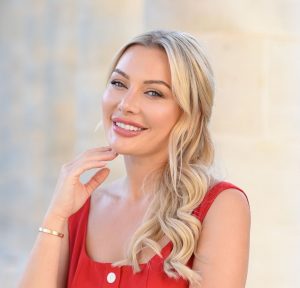 Anna Bey is an educator in the elegant feminine empowerment space and the founder of an online finishing school for women. She can confidently call herself a pioneer in this genre because she was the first to be sharing content in this niche since 2012.

Anna Bey is an expert on Modern Elegance™, upscale transformations, and leveling up, with over 150 million channel views. Since 2012, she has taught women how to develop a more refined personal presence and lifestyle inside the Anna Bey Academy, where she hosts her various classes and courses. Her publication features include The Times UK, Newsweek, New York Post, Cosmopolitan, and many more. 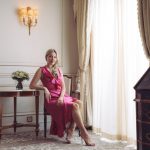 How To Have A Good Posture? 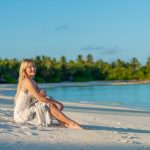 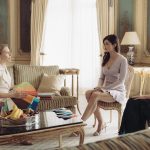 How To De-Stress After A Busy Week 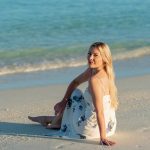 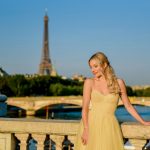 Top 5 Benefits Of Being Classy

If you want me to help you with your transformatio

Merry Christmas ladies! I wish you a wonderful cel

How it looks when you hunt for truffles in Alba, I

My mission is to help women to live the fabulous life that always wanted!

Secrets of the Elite Woman